What Makes Our Kids so Quick to Anger

What Makes our Kids so Quick to Anger and Dysregulate?

Stressed Parent specialise in resilience, touch and movement programmes for parents and their children to help create a more harmonious home.

In this article I argue the case for movement therapies before or alongside psychological therapies.

Last week we went on holiday with a number of families with adopted children as well as my son who I adopted 6 years ago and it was fascinating and sad to see the remarkable similarities in their behaviours when they were dis-regulated.
It was almost as if a computer programme had been written and they were following the formula to the letter. A mixture of tantruming toddler, defiant teenager and angry adolescent all in one body, no matter what their age. Boy was it exhausting to be with and it must be so tiring and confusing for them to experience.
This isn't to say that they were doing the behaviours deliberately. Quite the reverse. Their neurological wiring was preventing them from being rational, reasoned and regulated.
We all know that many looked after children find it difficult to regulate their emotions, process information and interact with others appropriately. They can:

Be under or over responsive/reactive to sensory input (sounds, smells, tastes, other people)
Struggle with reading and writing, concentration and behaving at school
Have issues with physical activities such as riding a bike, swimming or climbing

Such developmental delay has been attributed to trauma and lack of stimulation as well as living in hostile environments before and after birth. However there is another cause to add to the mix, and one that can be easily rectified.

What else causes this dysregulation?

We are all born with primitive reflexes that are usually integrated within the first year or so of life as they no longer serve us. Think of infant reflexes such as sucking and rooting and the plantar grasp where the toes curl when the foot is stroked. Two reflexes prevalent in our children are the moro (startle) and fear paralysis reflex which if not integrated are believed to contribute to learning challenges, behavioural challenges, anxiety, emotional imbalances and overwhelm*. These reflexes are closely related to our stress response. The moro is linked to the fight and flight part of the response and the fear paralysis to the freeze. By repeating simple movements usually done in infancy through the guidance of a Rhythmic Movement Consultant** these reflexes can be integrated and our children more regulated.
A very simple yet unbelievably powerful first step is to make sure children know how to crawl. "Proper” crawling is done contralateral ie diagonally across the body- left leg+right arm.
So many children who are carried around in car seats and not left on the floor, miss this vital piece of neuro-development. They bottom shuffle or crawl homolaterally (same side arm and leg).

Crawling is beneficial for many reasons which include social, emotional, motor, cognitive, sensory and personal (well being) factors.
Crawling helps to develop balance, strengthen muscle tone and develop eye-hand co-ordination. This is necessary for future reading writing and physical activities. Bilateral integration is improved through crawling as both hands, legs, eyes and ears are required to work in synchronisation, increasing left and right brain co-ordination. The crawling movement is repetitive and this stimulates brain activity to develop cognitive processes such as concentration, memory, comprehension and attention.
Crawling allows for the integration of sensory information. This allows the baby to have a complete picture of his environment. He learns spatial concepts and develops the visual and auditory systems. As the baby crawls he will use both ears simultaneously for reception to develop binaural hearing. Both eyes are also used to begin to develop binocular vision.
Crawling stimulates the inner ear of the vestibular system whilst the baby moves forwards (or backwards) and moves his head. This will help improve balance. Crawling will also give the baby sensory stimulation through his hands and knees as he weight bears through them. This is essential for gross and fine muscle development. He will also receive different tactile sensations as he crawls over different textured surfaces.

Of course crawling is just the first step in helping our children calm their hyperactivity and develop their immature neurological systems. Rhythmic Movement Training* (a precursor to sensory integration)  would be the next piece in a childs development puzzle and I believe far more beneficial to do before therapeutic interventions such as DDP. My son received DDP for 6 months and then started a programme of Rhythmic Movement Training. The improvements in his emotional regulation and emotional intelligence speeded up considerably shortly after we started the rhythmic movements. He also then had the executive functioning and ability to concentrate and  engage with the DDP in a much more effective way.

What about the Parent/Carer?

What can also happen for a parent on the receiving end of a negative behaviour is that they can be traumatised and their reflexes become active again. A dysregulated parent will become quick to anger and react rather than respond appropriately and this can contribute to a negative downward spiral within the family dynamic. Our Building Resilience to Stress Less e-course and live training provides many strategies for parents from the realms of NLP (neuro-linguistic programming), Solution Focused Therapy but also Rhythmic Movement for themselves. 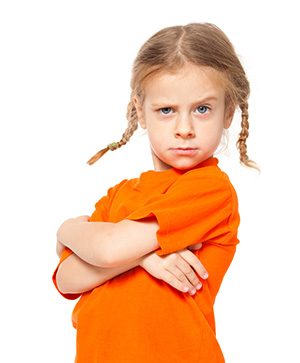 No Commitment.
No hidden fees.
No credit card required.

"The video is clear and feels personal to the listener. I feel able to listen and process what you're saying as the pace and tone are just right. I found the science/facts interesting - the stress curve for example was enlightening and makes perfect sense now when I watch the process of 'getting stressed' The workbook is a brilliant idea and I liked breaking from the video to 'do an activity'. The activities were thought-provoking and interesting. They were nice and short so not overwhelming and didn't feel like 'homework'! I like the fact that the workbook can be used for future reference too - great for embedding all those useful skills we're learning."

This website uses cookies in order to help provide the best experience for our users. Find out more.

OK, I'm good with that